On the eve of the 2021/22 A-League Men Grand Final, Professional Footballers Australia (PFA) has revealed its annual peer-voted Austraffic A-League Men Team of the Season.

Dominated by players from the top three clubs, there is a distinct Victorian flair to the team in 2022, with no fewer than nine of the starting XI originating from Grand Finalists Melbourne City and Western United and semi-finalist Melbourne Victory.

Victory, who enjoyed a resurgence under A-League Men Coach of the Year Tony Popovic, boasts five players in the squad, including captain Josh Brillante.

PFA President Alex Wilkinson paid tribute to the players voted into the team:

“This week has been massive for the players, and it’s been fantastic to see so many earn recognition for their efforts throughout a really challenging season,” Wilkinson said.

“From the winners at last night’s Dolan Warren Awards, to seeing our next generation of stars take on Barcelona midweek and the hype around the Grand Final tomorrow, it’s great to see the players being recognised for their ongoing contribution to our game.

“The Team of the Season remains one of the highest honours for players as it reflects peer recognition and is always a huge honour and privilege for every player. Each player selected should be really proud.

“This year’s team illustrates the quality of players we have playing week in week out in the A-League and for the Socceroos. On behalf of the PFA membership, I congratulate all players selected this season.”

Headlined by the competition’sJonny Warren Medallist, Melbourne Victory’s Jake Brimmer, and the A-League’s Golden Boot winner, Melbourne City FC’s Jamie Maclaren, the team comprises a Starting XI in 4-4-2 diamond formation, with seven substitutes, as voted by A-League members at the end of the regular season.

In the heart of Victory’s midfield, Josh Brillante received the most votes from his peers and subsequently earned the captain’s armband, after a commanding season in navy blue. Brillante said: “I’m humbled to be named as captain of the A-League Men Team of the Season and it’s a privilege to be in the company of such talent.” 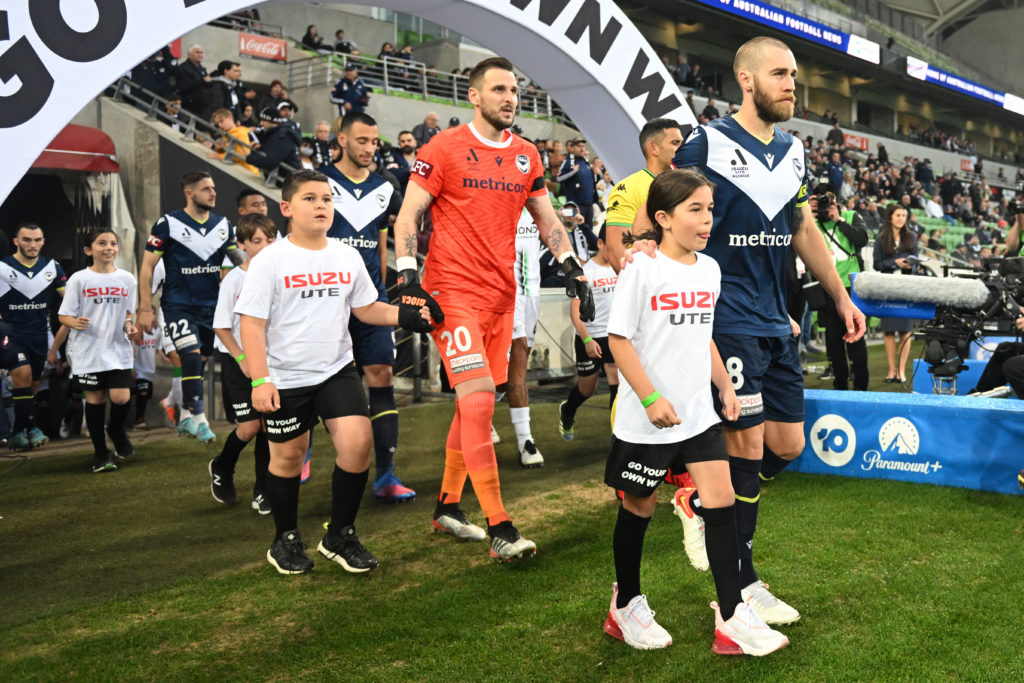 After a wonderful campaign for Central Coast Mariners, Mark Birighitti was selected as the goalkeeper, with his peers acknowledging the A-League Goalkeeper of the Year as the outstanding performer between the sticks, with the stopper producing an array of world-class saves across the season and nine clean-sheets. 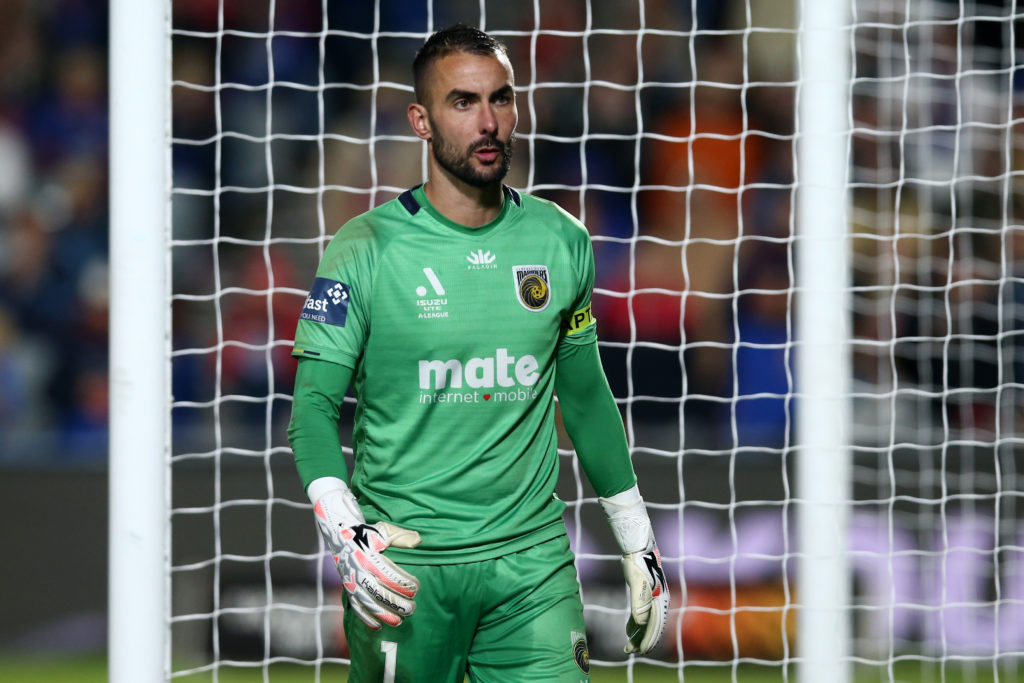 In defence, back-to-back Team of the Season representative Curtis Good is joined by Western United’s formidable Swiss centre-back Léo Lacroix, with that duo flanked by Victory’s Jason Davidson on the left and Jason Geria on the right after brilliant campaigns for the Big V. 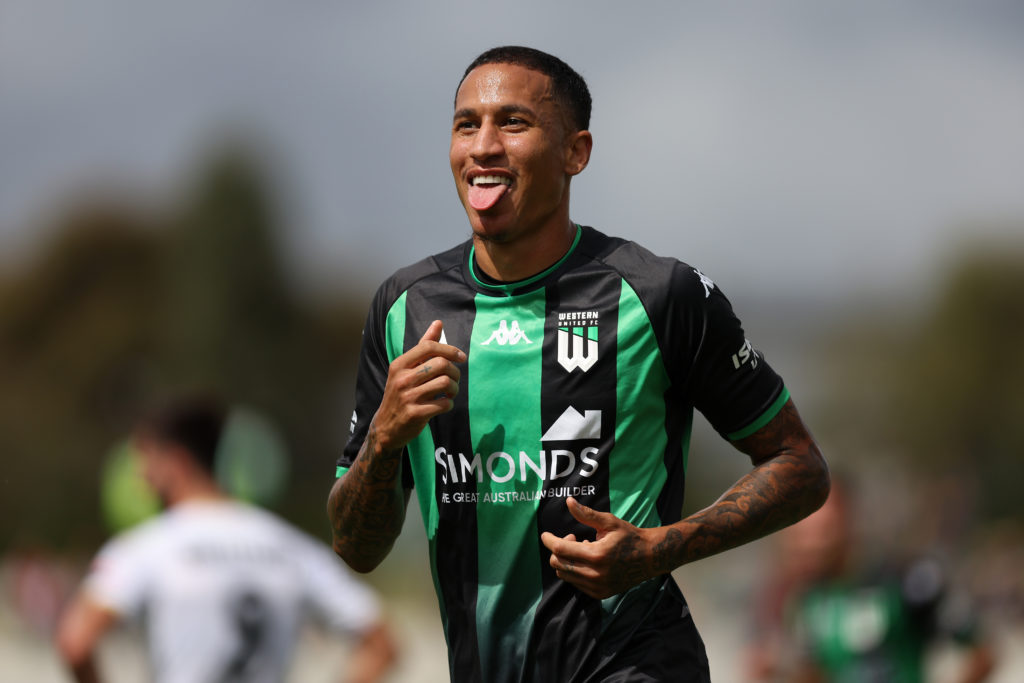 In midfield, occupying the number six position, Brillante is joined by Jonny Warren Medallist Jake Brimmer at the top of a four-man diamond, with City’s Frenchman Florin Berenguer and Adelaide United’s Craig Goodwin on the right and left, respectively.

Goodwin was phenomenal for the Reds, scoring 10 goals – all of which came at the back end of the campaign. Despite Berenguer missing a handful of matches through injury, he remained influential for City, scoring five goals and adding five assists, guiding the Melbourne club to the Premiers Plate. 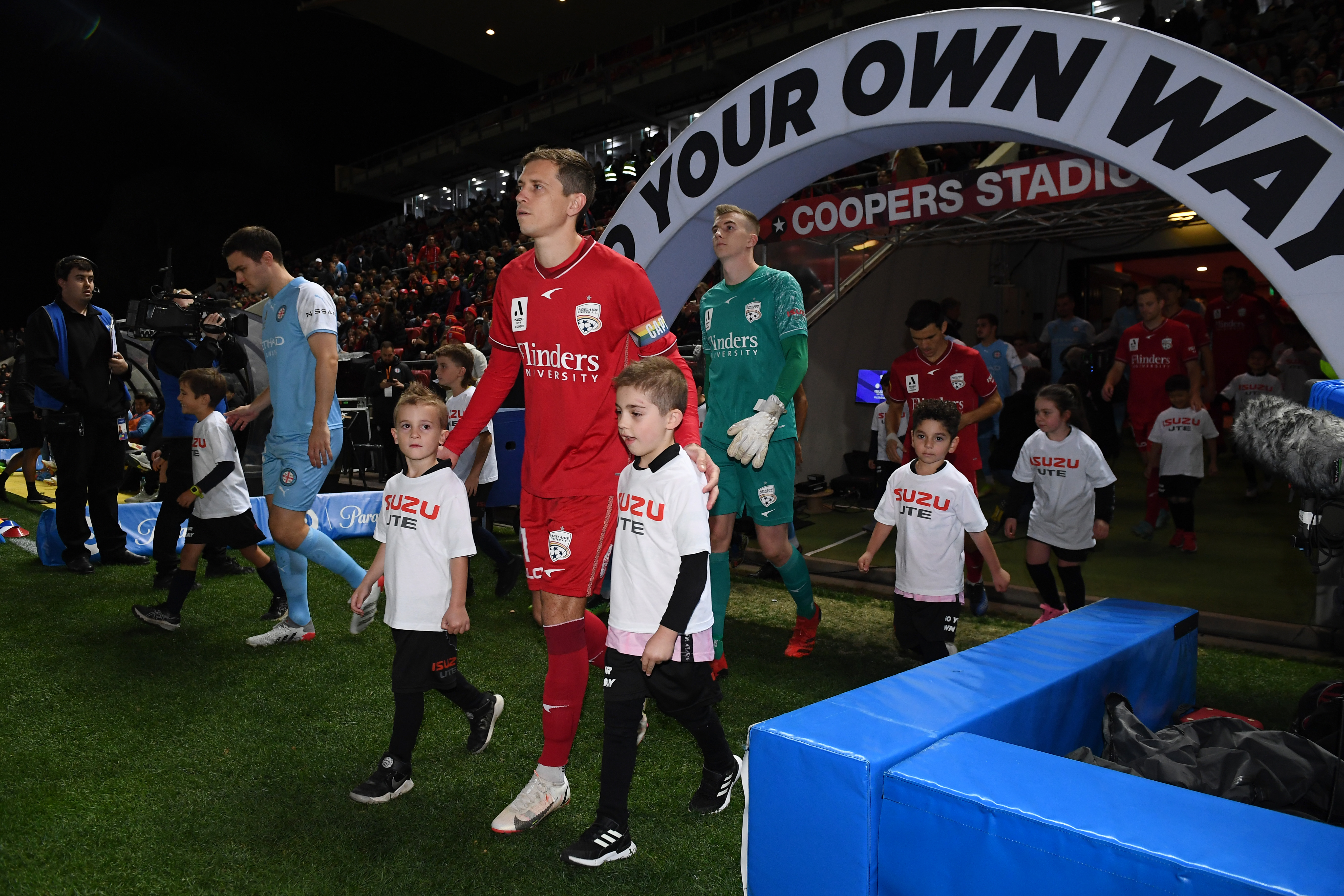 Up front, Maclaren, who finished the regular season with 15 goals, is joined by Socceroos teammate Nick D’Agostino, who completed the campaign with 10 goals, marking his most prolific season in the A-League Men competition. Maclaren’s inclusion means the Socceroos strikerhas been voted in the A-League Team of the Season on three consecutive occasions. 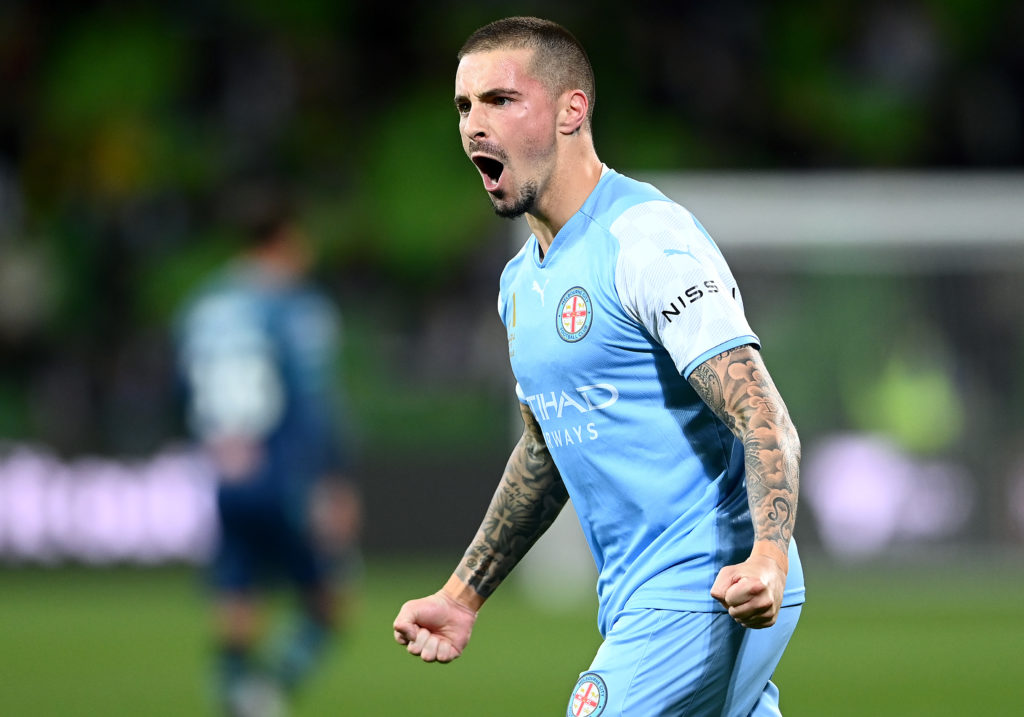 Fans and Stadium of the Season

Following weekly assessments of the atmosphere at A-League games by players from both the home and away teams throughout the season, Melbourne Victory’s fans provided the best atmosphere at AAMI Park during the 2021/22 season, with a 4.4 star rating out of 5 for atmosphere. AAMI Park was also voted the best quality pitch in the league – for all matches involving Victory, City and Western United – by players, earning a 4.7 out of 5 rating. 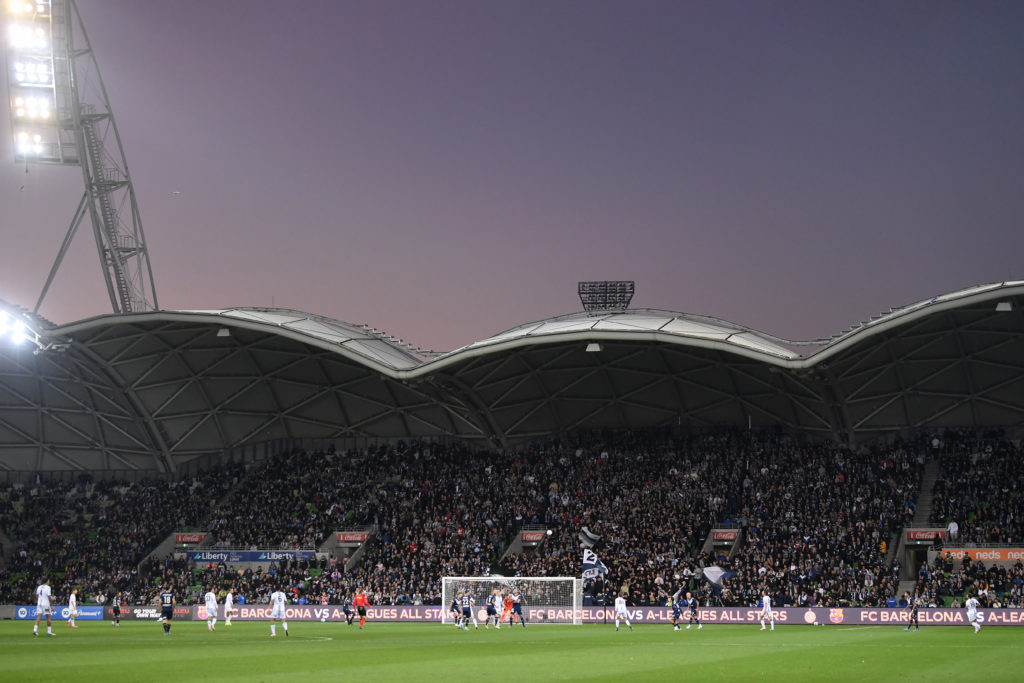 About the Austraffic PFA Team of the Season

The inaugural PFA A-League Team of the Season was announced in 2009 and has been revealed annually in A-League Grand Final week for the past 14 seasons. Based on peer recognition, selection in the PFA Team of the Season remains one of the highest accolades a professional footballer can receive in Australia. At the end of each season, PFA members from the A-Leagues are asked to vote on their best XI.  The composition of the team is based on the number of votes tallied for each player in each position, with the substitutes bench comprising those players who finished below those in the starting XI positions. The player with the most votes is determined the Team of the Season’s captain. The PFA Team of the Season is proudly supported by PFA Partner Austraffic.